We love what we do because creating healthy soils, growing healthy food,
and caring for the communities we live in is at the heart
of our farm's life and mission 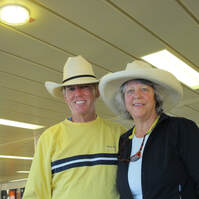 Don and Jane
Having a farm has been a dream of Jane and Don’s ever since moving to Seattle in
1976. You could say it’s in their blood. Jane’s Ohio father and grandmother were
master gardeners who loved growing tomatoes, harvesting corn, and canning fruit.
Before Jane’s father died, he and a friend had an acre garden where they raised
beautiful produce mostly for the local food bank. The German side of Don’s family
came from farms in Missouri and Illinois. He too, like Jane, grew up loving the seasons and beauty of the outdoors.

Not having children of their own, Jane and Don have concentrated their energy on making their neighborhood in Seattle (where they have lived for over 40 years) and First Light Farm into communities where friendships are deeply valued.

Now with climate changes affecting our environmental landscapes coupled with the recent population growth of the Puget Sound area, Jane and Don have widened their farm’s mission to more clearly focus on sustainability and education – deep care for the soil, a financial commitment to farm staff to respect their knowledge and work by paying a living wage, care for the overall financial health of the farm itself, and an educational program to remind people that we are not separate from the Earth and all its inhabitants.  We must learn to think like like a member of an ecosystem. 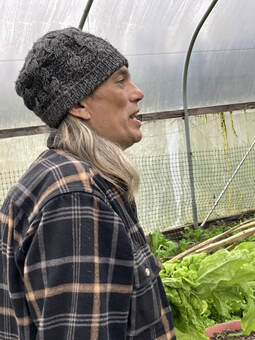 Farmer Jeremy, First Light Farm's farm manager, joined our farming team in 2019 bringing with him considerable skills as a propagator, planter and
overall farmer. His knowledge base has greatly contributed to
the farm's overall mission.

Jeremy's season-long "Learn and Grow" Program has quickly become recognized as a model for teaching people the skills and the knowledge to be competent gardeners, or farmers if they choose that lifestyle, in a framework built on reciprocity and participatory learning.  We are grateful to have him as part of our farming family. 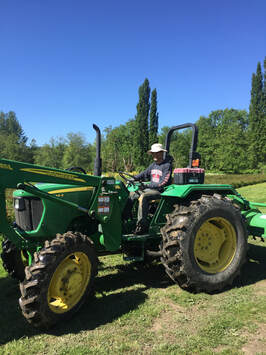 Farmer Katsumi first came to First Light Farm several years as a mini farmer.
Since being at the farm, his skills and interest have increased greatly.  When we  were looking for a part-time person to join our team in 2020, he was the
perfect person.  Thank you Katsumi! 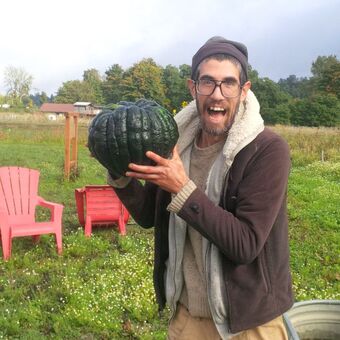 Warren
Although no longer at First Light Farm, Farmer Warren's impact on the many years he spent at the farm cannot be underestimated.   Born in Seattle, and spending his years of growth here and in Japan. He spent many-a-hours watching his Japanese  Mama tend lovingly to their garden, and many more hiking the trails of the Northwest with his hippie Papa. These experiences
helped ingrain an affection for a variety of natural landscapes which
he sought to explore during his time in China as a Peace Corps
volunteer, and then his time learning about farming in Southern
Arizona.
Warren's East Asian Cultural Garden that he created at First Light Farm in 2022 will continue to be a lasting legacy at the farm in terms of honoring cultural foods and stories.